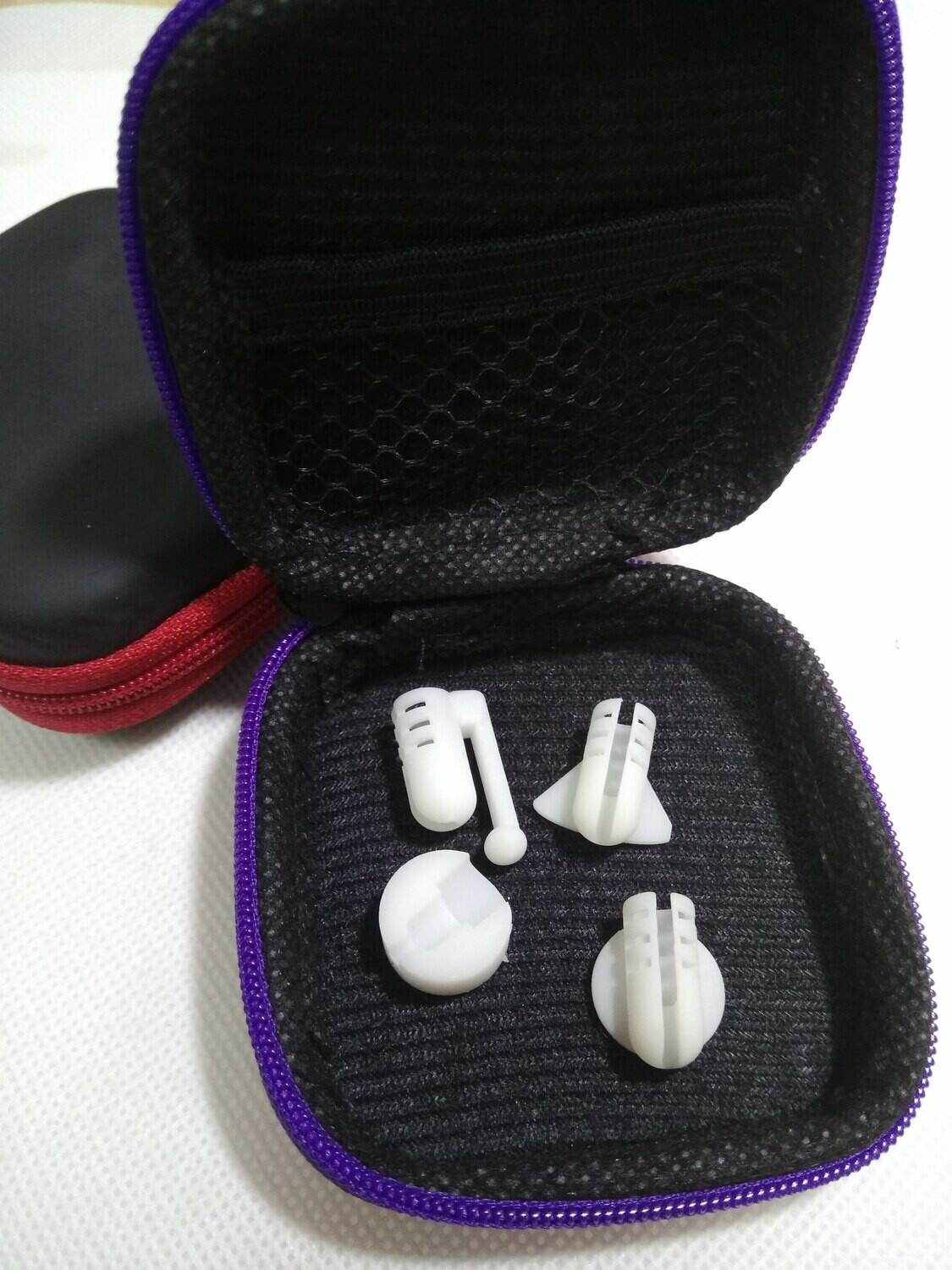 IMPORTANT!!! The physical and mechanical properties of plastic are guaranteed at room temperature. This does not mean that the holders cannot be used in the field or at negative temperatures. The place where they are installed is always warm. Even more, it's close to body temperature. But the conditions of storage and transportation must not allow temperatures below room temperature. At low temperatures, plastic loses its plastic properties and becomes brittle. This is especially the case with Bra-type holders. Simply store the holders in internal work pockets and use your own or recommended case.

The kit includes four holders, one for each type and color, to choose from in a transport case with a holder insert. When ordering, select the color of each holder. Case design are subject to change without notice.

Holder Bra, as its name suggests, is designed for installation in an accessory of the same name. Thanks to the extended leg, which when the holder is mounted on the bra, the holder itself paves the way to the unknown, repeating all the design features of the object exactly with the force required, so that the hand does not shake. The ball at the end of the leg will not cause discomfort to the actress. The main thing is that in all circumstances the head of the microphone will remain isolated from direct contact with the suit.

The Tie Holder is primarily intended for installation in an accessory of the same name, but can be used as a universal one. The shape of the backrest of the holder seems to hint at which end to mount it. It is possible, of course, and vice versa, if there is a special task - to record a pilot, astronaut or tanker. So, that for record of ligaments the laryngophone too is ready. The main thing is that under any circumstances the head of the microphone will remain isolated from direct contact with the suit.
The Universal Holder can be attached to a costume element, or to any arbitrary fit or interior element. In addition, it can be permanently mounted on the suit. Simply sew it on with threads. Relevant for use in theaters. The actor needs to change the costume during the performance, and in another costume, too, everything is already prepared. Only the microphone is left to flip. And in the theater, unlike the cinema, there is no close-up. So the holder can be installed in a hidden way as well as externally. But the timing of the take equals the duration of the action. So the reliability of the mount is more important than the visual perception of the microphone. The main thing is that under all circumstances the microphone head will remain isolated from direct contact with the suit due to air gap.

Included is a starter kit of two-sided tees from the range. You can test and choose the most suitable one for you.

The Puck Holder is the only one in the range that differs in form factor. It also has no air gap. Despite its apparent size, it is the smallest. Its dimensions: Diameter 15mm, thickness 6mm. The holder is unique in its design. The thing is that the hole for the microphone is not a cylinder, but a cone. Due to this fact, the point of departure is strictly fixed. The place of microphone entry into the hole is marked with a dot. On the reverse side is not inserted.

The washer is in fact also a kind of Universal holder. The main difference is that the washer is mounted between the two elements of the suit on both sides of the double-sided tip and forms at the point of contact as if a local area of association. Due to this, the costume does not live on the microphone, but together with the microphone and does not rustle.

Universal installed on one double-sided tip and due to the gap between the microphone and the holder does not allow the element of the suit to live on the microphone. The puck is better to use with a tight suit, and the universal - with a free cut. However, at your discretion. And, of course, both holders are brave enough to fit in any fit.

In a complete set a starting set of two-way tips from presented in assortment. You can test and choose the most suitable for you. 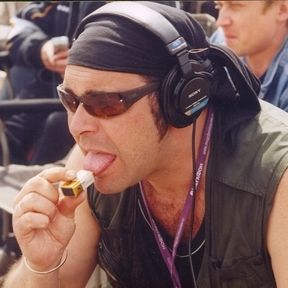